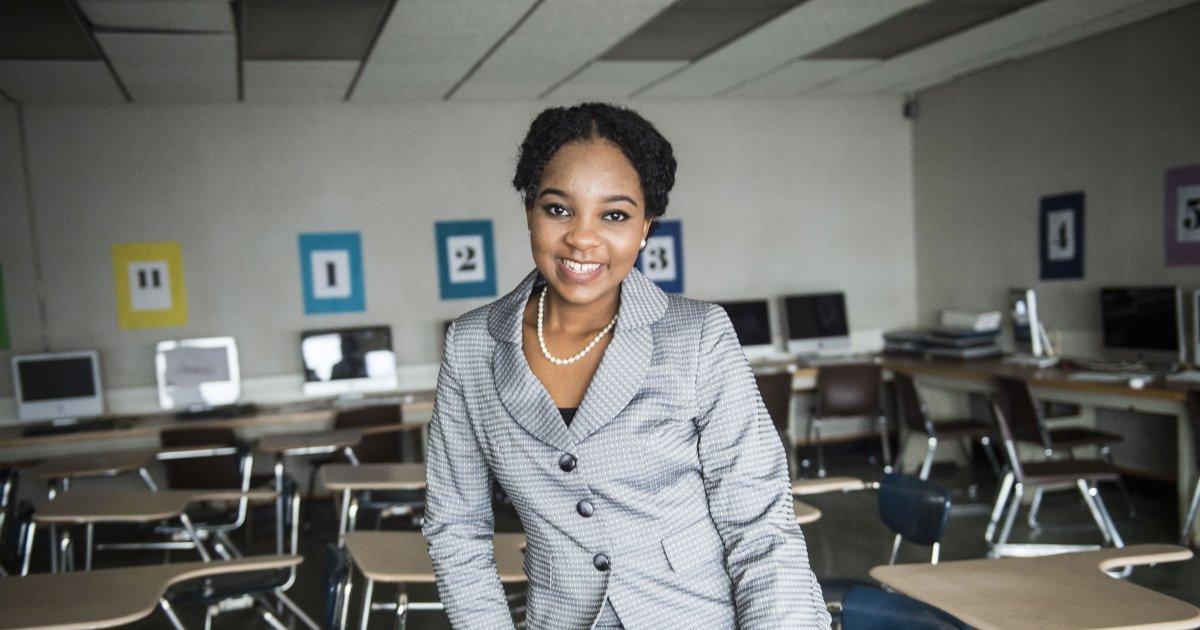 Malia Obama may have a candidate for a potential roommate. High school senior Augusta Uwamanzu-nna was accepted into 12 schools, including 8 Ivy Leagues, but the 17 year-old thought the best choice for her was Harvard.
Uwamanzu-nna attends Long Island’s Elmont Memorial High School and her school’s valedictorian.  At the age of 16, she was the youngest researcher in a Columbia University lab, working among PhD and master’s students. Her research earned her a invitation to the annual  White House science fair, where she got the opportunity to meet President Obama.

Speaking of the Obamas, Uwamanzu-nna spoke highly of Malia attending Harvard as well.  Her choice was not influenced by the Obama teen but says her choosing to attend attests to the school’s appeal to prospective students.   Malia announced her attending Harvard this past weekend.  But since the first oldest daughter unveiled her choice she’s been facing immense racial criticism from both blacks and whites.

Why all the fuss about going to Harvard by the way?

On one side, many African-Americans thought Obama’s oldest queen would pick a HBCU; arguing that should would have a more well-rounded experience. Also picking a historically black college and university would have inspired other black kids. Another argument seen on black Twitter; is that it’s a “class” thing. Some black people thought attending anything less than a prominent a PWI (predominantly white institution) or Ivy League would have been insulting to her high-stature. After all she is the daughter of the president of the United States of America! One Black Twitter “tweeter” summed it up perfectly by saying “Y’all really thought Barack and Michelle were gonna let Malia go to an HBCU & be the next Delta attending Howard that Plies raps about? Nah.” (@thejoshlocke).

As for those comments from some Caucasians, it’s just too ridiculous to go into. Let’s just say the thoughts come from four hundred plus years of hate and flat out ignorance.

As a fellow HBCU graduate, I would vouch that attending a HBCU is one of the greatest life experiences we can give ourselves as African-Americans. But choosing a place to go to college is not as political as people can make it seem.  Some reasons are  personal, some are  professional and some are both. For Uwamanzu-nna  it was a bit of both. The Nigerian teen had her choices of schools such as Johns Hopkins University, Cornell, Yale, Yale, Princeton,  New York University and Rensselaer Polytechnic Institute. But she says she ended picking Harvard not only for its dedication to excellence but also because the school has a strong Nigerian presence.

“At Harvard, I felt like the community there really is supportive of me and what I see myself doing, in terms of becoming a leader and realizing my full potential as an African-American woman of today,” Uwamanzu-nna tells NBC News.

As for Malia, her reasons were never mentioned but we could assume that it may have something to do with both of her parents being law school graduates there. However, Harvard does offer a unique program that could have sparked Malia’s interest and that’s the gap program.

The gap program is under the American Gap Association, which is a non-profit organization catered to students who may not be ready to embark on their college career . But its not like you’re spending a year on your parent’s couch scrolling through your newsfeed. Instead, students will use this “intentional time off” to complete philanthropy work through non-profits or community based programs abroad or in the inner city.  According to the American Gap Association, students who participate in the gap year has been shown to have higher graduation rates, GPAS, more participation in college activity and an overall satisfying college career.

At the end of the day, like most relationships and ventures in our lives, there’s a method behind the space. AGA believes “that students who take a pause to explore the realities of potential careers, and get clear on their goals for college, will perform better once they matriculate.” Over 50 major universities  offer scholarships to assist students interested in this venture and with Malia Obama we don’t believe it should be any different.

At the end of the day…

When all is said and done, what’s more important? These young African-American women getting a quality education or the fact that their school’s marching band may not be the ideal one to do a two-step to at the football games? We don’t know about you, but we’re talking the choice to continue their education for five-thousand.

Nevertheless, we’re proud of both of these Royal Girls.  Uwamanzu-nna starts Harvard in the fall. She plans plans to pursue biochemistry and environmental studies at Harvard.  Malia will start next fall after she finishes her gap year.

We can’t wait to see where *both of them go next in their endeavors! Also congratulations to all of the other Royal Girls graduating high school this year and starting college! Don’t let society dictate where you choose to pursue a higher education. All that matters is you *are* pursuing a higher education.   You’re triumphing you’re evolving, you’re elite!

By Alexia McKay in Summer

UPDATE: #KellyPrice is safe and NOT missing. Accor

#OnTheGo This week the women of #AlphaKappaAlpha S

" I feel like I'm watching a slave movie." @garcel

Wishing a Happy 35th Birthday to our Royal Woman

We can't really tell you what we were laughing abo