10 Black ‘Rom-Coms’ That Make You Forget About The Pandemic

Rom-coms are the junk food of movies. They may not always be good for you, but they are a temporary escape from reality. That tiny bit of sweet or salty can make all the difference. Of course, February is upon us. Black History Month is here and Valentine’s Day is right around the corner. So why not kill two birds with one stone? These days it can be hard to find a sweetie to celebrate with, especially considering that COVID-19 cases are on a constant rise. No need to fear! Whether you need a laugh, a cry, or both, here is a list of Black romantic comedies to cap off your valentine’s day.

The titles below are ranked by the feel-good and comedy factor. 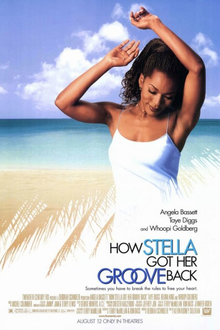 Based on the best-selling novel by Terry McMillan,  this movie is dedicated to ladies aging like fine wine! The sculpted Angela Bassett and a baby-faced Taye Diggs star in this mid-life crisis fulfillment story set in Jamaica. Bassett plays Stella Payne, a successful New York stockbroker in her forties. At the urging of her friend Delilah, played by Whoopi Goldberg, Stella takes a much-needed vacation to lush Jamaica. At the resort, she meets young strapping islander Winston Shakespeare, played by Taye Diggs. Slowly but surely, they reveal feelings for one another while enduring the issues of a 20-year age gap between them. Stella and Winston engage in a whirlwind romance that changes both of their minds. Nonetheless, it is the quintessential cougar fantasy set in a tropical location. 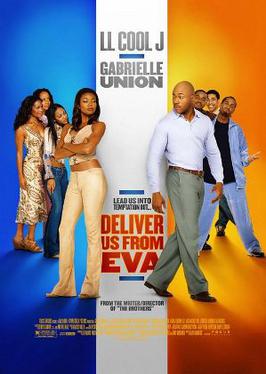 A movie about sisterly love, betrayal, heartbreak and let’s not forget the drama. Gabrielle Union stars as the title character Eva Dandridge, the eldest of the Dandridge sisters. Eva has been taking care of her sisters since their parents died. However, her constant care is an interference in her sister’s relationships. Eva’s brothers-in-law have had enough of her reign of tyranny. To Eva’s sisters’, her word is law and they willingly go along with her strong opinions, much to the chagrin of the three men.

The men plot against Eva by paying womanizer Raymond, played by LL Cool J, to date her and break her heart. As Ray plays the game, business begins to collide with pleasure, and the two fall in love. A love story with a plot twist and a grand gesture sure to get you arrested in real life, Deliver Us from Eva is a charismatic black fairy tale made for the most hopeless of romantics.

Where to watch: Peacock 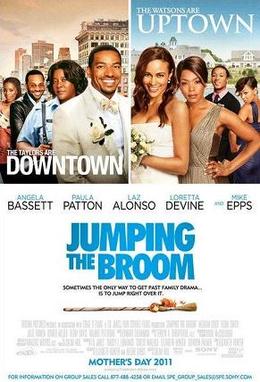 This romantic comedy stars Paula Patton as Sabrina Watson and Laz Alonso as Jason Taylor. The film also stars black cinema’s two leading matriarchs, Angela Bassett and Loretta Divine as the respective mothers-in-law. After tireless misdeeds in her romantic life, Sabrina Watson makes a promise to God that she won’t “give up her cookie” to any man until she is married. Lo and behold, she finds the man of her dreams…..after she hits him with her car. Sabrina and Jason romance one another in a loving relationship until one fateful night, Jason proposes.

Soon to be married, the couple has to endure a clash of classes: Sabrina coming from old money and Jason coming from a working-class single mother. The romantic comedy has its fair share of gags with comedians Mike Epps and Deray Davis, but the film also expands on classism from a black perspective. Not only that, but we learn the true meaning of love has little to do with your pockets and all to do with your heart.

Where to watch: Netflix

Based on Steve Harvey’s best-selling book, “Act like Lady, Think Like a Man”,  Think like a man intertwines multiple love stories. The ensemble cast stars tiny firecracker Kevin Hart, Micheal Ealy, Taraji P. Henson, Megan Goode, Terrence J, Regina Hall, Gabrielle Union, Romany Malco, and Jennifer Lewis. The women of the film read Harvey’s book to equip themselves in the game of love while the men realize that their tricks are  exposed. Although the movie has the typical rom-com formula played across 5 different relationships, each couple brings an issue in their own right. The lies and hidden agendas are all present, with true love sprouting in spite of deception. If you need a couple of chuckles, this movie is right for you.

Where to watch: Hulu Premium subscription

The original love and hip-hop story stars Sanaa Lathan as Sidney and early odds’ heartthrob Taye Diggs as Dre. The story has two focal points: the love of hip-hop and the emergence of a relationship between Sidney and Dre. The film has a healthy cliche combination of childhood friends turned lovers and the right person at the wrong time. However, Brown Sugar is earnest and genuine in its display of friendship between Dre and Sidney. The film slyly demonstrates the difference between a true relationship grounded in mutual love versus a relationship based on superficiality. The organic chemistry between the cast is undeniable. Viewers watching “Brown Sugar “are in for a chuckle-worthy feel-good treat with quotes to remember.

Where to watch: Hulu Premium Subscription

Sanaa Lathan is back again. She stars as Kenya McQueen, a type-A accountant with her life in order. The only thing missing is a man that checks off all the boxes on her list. (Hmm I wonder where we’ve seen this before……). All Kenya wants is a brother with a job. When Kenya is alone on Valentine’s Day, she decides to open up her options and goes on a blind date set up by a colleague. She’s stunned to find out that her date Brian, played by Simon Baker, is a white man and initially refuses him. However, after admiring his work as a landscaping architect, she hires him to work on her backyard.

As time goes on, we find out that Brian is a salt of the earth individual and opens Kenya’s mind to a new world of natural beauty. The central plot relies on the challenges of an interracial relationship. Although the obvious hostility and pressure from her peers break them up, true love is sure to bring them back together.

Where to watch: Peacock

This Netflix original is recommended for those still on the path to self-discovery. Nappily Ever After stars the rom-com queen Sanaa Lathan as Violet Jones, a perfect woman, with a perfect life, perfect boyfriend, perfect job, and perfect hair. As an ad exec, image is everything and that is exactly how Violet lives her life. With Violet, there is not a hair out of place. Literally. Violet’s perfect world comes crashing down on her birthday when her boyfriend gives her a dog instead of an engagement ring.

The two break up. Then one night in a drunken stupor, she shaves her head completely bald. In this small yet rebellious act of defiance, she breaks free from the practices that have kept her disconnected from herself. Violet finds an organic love with a hairstylist and his headstrong daughter, but the bulk of the story remains central to breaking free of an image-focused reality. The remaining message stands: do what makes you happy, even if others question it.

Where to watch: Netflix

The original, and often duplicated blueprint of black romantic comedies. Boomerang stars Eddie Murphy in his prime as Marcus, an ad executive with a playboy streak. The cast also stars the It Crowd of 90’s cinema with Halle Berry in all her bowl cut glory, David Alan Grier, Martin Lawrence, Tisha Campbell, Grace Jones, and Robin Givens in their respective roles. This romantic comedy was one of the first movies to showcase black people in upper echelon positions of success on screen. In the film, Marcus has a reputation for humping and dumping, by manipulating women into sleeping with him.

It seems that he’s met his match when he encounters Jacqueline, played by Robin Givens. To him Jacqueline is the perfect woman  Unbeknownst to him, she is the karma that has been waiting so patiently to strike him. Stylish, poised and Black, “Boomerang” will have the heartbroken rooting for the heartbreaker.

All is fair is love and injured basketball players. This heartfelt film stars rappers turned actors Queen Latifah and Common. Latifah plays Leslie Wright, a kind and infectious physical therapist with a love life DOA. One lucky night after a Nets game, Letitia is invited to a party by Jersey Nets NBA star Scott Mcknight. Leslie’s cousin Morgan, played by Paula Patton, initially catches Scott’s eye and they eventually get engaged. However, all hell breaks loose when Scott injures his knee in a game. Then, Leslie is hired to rehabilitate Scott. Morgan leaves Scott upon the threat that his career is over. As a result, Scott begins falling in love with Leslie’s generosity and genuine personality. This is an ugly duckling tale where the heroine experiences a love that is long overdue. 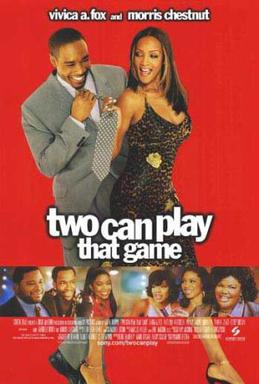 Vivica Fox and Morris Chestnut are a match made in Black Twitter heaven as the leading couple. Fox plays Shante, a marketing executive, and self-proclaimed man expert. Shante has strict instructions on how to maintain her man. But she soon learns that love has no rules and her strategies are tossed out the window. Constantly breaking the fourth wall, Shante invites us into her world of meticulous strategy and close-knit friendship. The friendship ensemble consists of Monique in her prime, Wendy Raquel Robinson, and Tamala Jones. Any time all four women are together, they light up the screen with laughter and an aura of realness you could only get from true friends.

Chestnut is equipped with Anthony Anderson to help him fight back against Shante’s games. Although the romantic comedy has Chestnut and Fox as the focal point, the friendships that both characters have to make up for the convoluted game they both play. Highly recommended if you like fiercely independent leading ladies.

Where you can watch this: Tubi and Hulu

This Is Why Will Smith, Other Actors And Companies Are Pulling Out Of Georgia

Happy Small Business Saturday! We have a *few* fr

We have a *few* fresh spots open for small busines

This Is Why Will Smith, Other Actors And Companies Are Pulling Out Of Georgia